For the love of animals (and the love they give us)

For Joe and Lea Capers, going to work doesn’t mean leaving the dogs at home.

“Our rescue dogs are our ‘children,’” said Lea, who owns Insurance Zone in Miramar Beach, Florida, with her husband. “They bring joy to everyone in our office each day.” 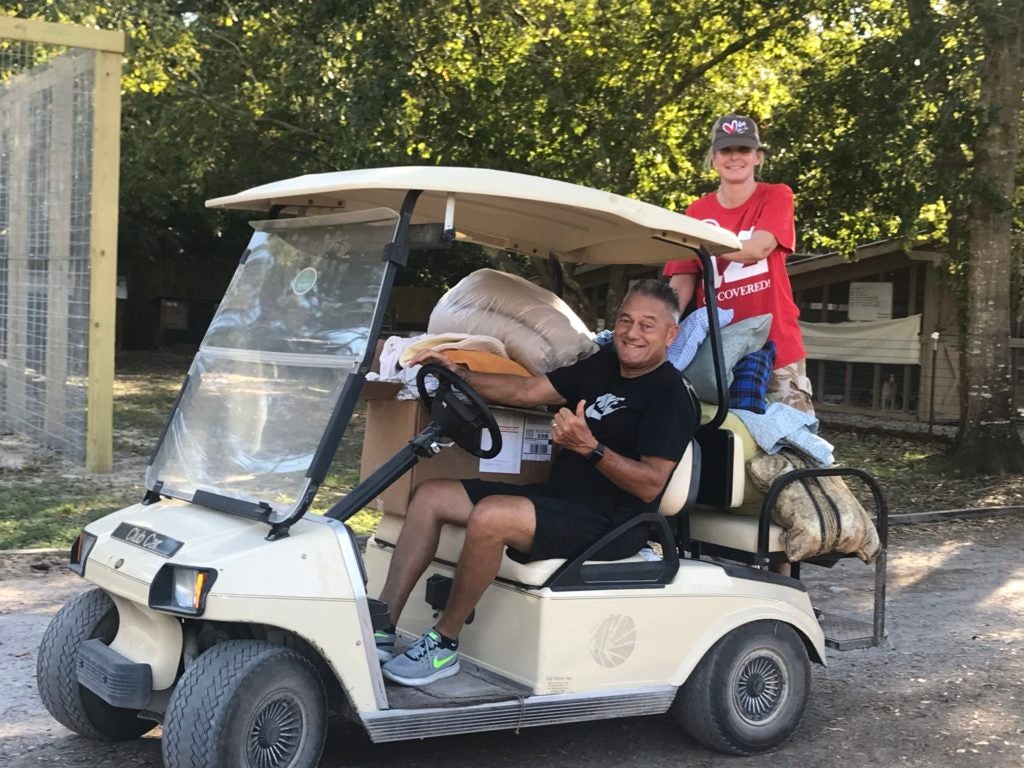 Of course, the dogs don’t just give love and attention—they receive it. And making sure more animals feel that kind of love is why Joe and Lea are such strong supporters of Alaqua Animal Refuge in Freeport.

“We want to help give other animals a second chance at having love and happiness shown to them every day,” said Joe, who is in his fifth year on the board for Alaqua and his second as board chairman. “When animals are rescued and learn what it feels like to be loved, they have an enormous ability to impact human lives.”

The premier no-kill animal refuge in the Southeast, Alaqua provides protection, shelter and care to animals in need; operates a full-service adoption center; and serves as a peaceful, proactive advocate through educational outreach and community programs.

When Laurie Hood launched the organization in 2007, it cared for 38 animals. “I never intended to start an animal rescue,” she said. “But I couldn’t accept that homeless/stray animals were being picked up and euthanized if they weren’t claimed in a week, due to our lack of a no-kill shelter or adoption organization.” 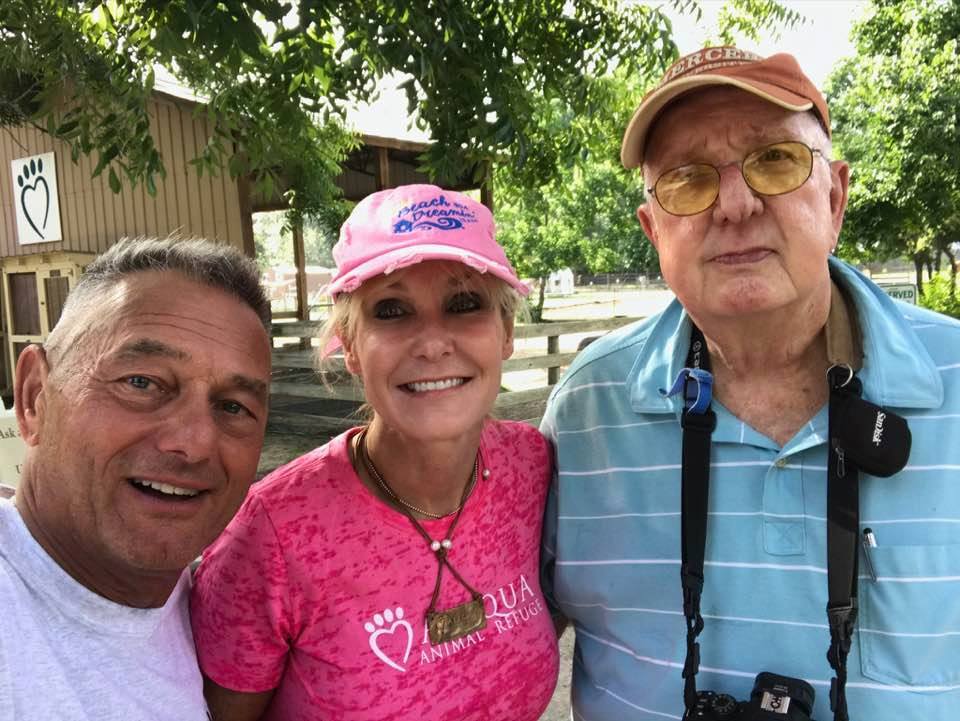 Today, Alaqua serves thousands of animals, with the help of more than 400 active volunteers.

Insurance Zone employees volunteer in person whenever possible, and regularly support fundraising efforts as well. For the past four years, Joe and Lea have co-chaired “Sip N Shop,” the second-largest fundraiser for Alaqua; Joe also is helping to plan the “Animore” weekend event showcasing the nonprofit’s expansive new property and plans for upgraded facilities.

Growing Alaqua is important, because the need continues to grow, Hood said. “Not only do we serve our local community and its surrounding counties, we are the ‘go-to’ organization in the Panhandle of Florida to lead and coordinate animal-relief efforts.”

Those efforts can be massive, such as when Hurricane Michael hit in 2018. Alaqua immediately shifted its focus to help hundreds of affected animals and their owners—taking in displaced animals, going into devastated towns to retrieve stranded animals, offering free pet-boarding services while owners searched for new housing, and much more.

Joe and Lea sprang into action, purchasing pet supplies for the nonprofit and inspiring others to get involved, too. “One woman at the store asked where we were taking all of these supplies,” Lea said. “When we told her, she filled up her own cart and drove a load over to Alaqua.”

Not only do we serve our local community and its surrounding counties, we are the ‘go-to’ organization in the Panhandle of Florida to lead and coordinate animal-relief efforts. 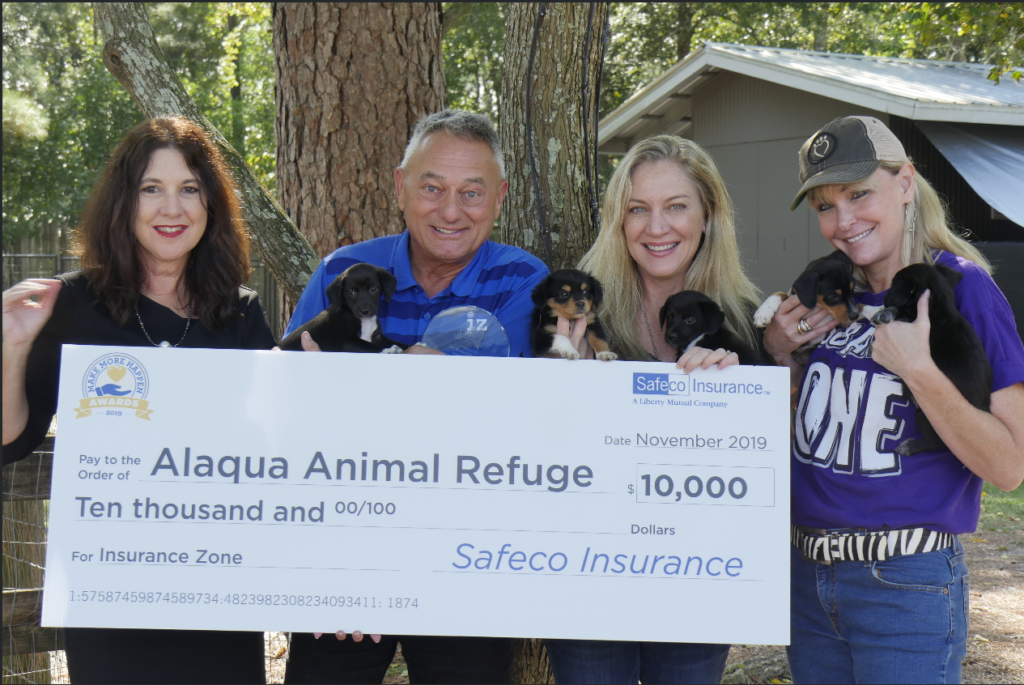 Stories such as those also inspired a 2019 Safeco Make More Happen Award, which comes with a donation of up to $10,000 from Safeco to Alaqua Animal Refuge on behalf of Insurance Zone.

“I know that when I need something, I can rely on Lea and Joe to come and help,” Hood said. “They support they have given us is beyond measure. I am thankful for them every day.”