Community Giving Spotlight: How and Why IAs Give Back 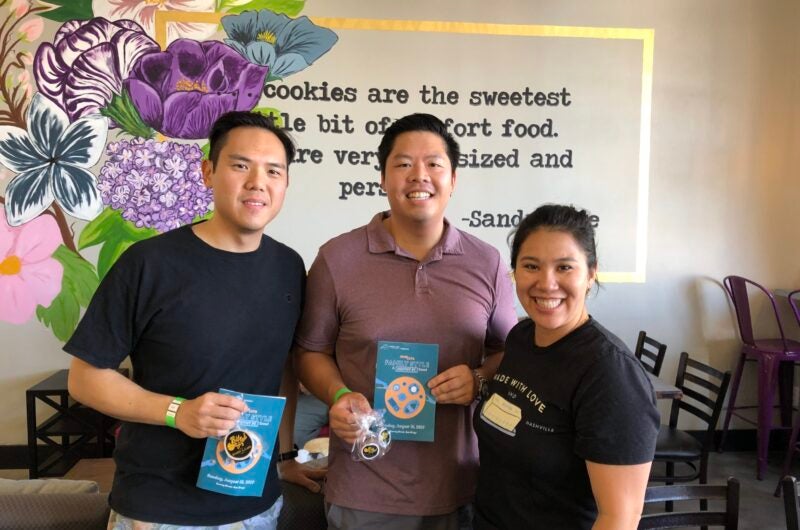 Independent insurance agents are dedicated to supporting their communities

Service is at the core of the insurance industry. Every day, independent agents help protect their clients from financial loss and provide them with peace of mind when they need it most. But they do so much more.

The vast majority of independent agents across the country also work to improve their communities by regularly volunteering their time and talents and donating money, goods and services.

To learn more about how and why agencies develop charitable giving programs, Liberty Mutual and Safeco Insurance partnered with the Independent Insurance Agents & Brokers of America (Big “I”) to survey nearly 475 independent agents. Our questions explored the types of charities independent agents give to, how they donate and the effects they have on their communities as well as their businesses.

Why IAs choose to give back

96% of independent agents donate to charity

29% of agencies plan to volunteer more in the coming year

Our survey also showed that most agents believe their philanthropy is worthwhile and effective. When agents were asked if their charitable contributions had a positive effect on the community, 82% strongly agreed.

And while we learned that altruism, rather than ROI, is the main reason agencies start a philanthropy program, a majority of agents reported that their contributions also brought in new business.

When asked how their philanthropy makes a difference, agents’ top five answers were:

No other group gives back to their local communities like independent agents do. They step up in times of need–volunteering time, donating financially and using their platforms to advocate for important causes. At Liberty Mutual and Safeco, we are committed to supporting independent agents in their charitable giving efforts and are proud to partner with the Big “I” to shine a light on the incredible ways they give back.

How agencies give back

Our survey revealed that 92% of agencies donate time and 94% give money. This shows that hands-on involvement is considered nearly as important as financial support. Donating time also forms personal connections to nonprofits that further strengthens the bonds between agencies and their communities.

This is particularly true of millennials and Gen Z employees, as emphasized in a 2020 report by McKinsey & Company that examined charitable giving across the insurance industry: “Thanks to the expanded influence of millennial employees, the industry is evolving traditional approaches to charitable giving and putting more emphasis on volunteerism as the industry seeks deeper community connections.”

We also found that small agencies are more likely to volunteer time than large agencies, while more than half of all large agencies (those with more than $1.25 million in annual revenue) donate at least $10,000 annually.

74% of agencies volunteer as a team

With 96% of agencies reporting that they give back in some form, it’s clear that agents are engaged with their communities. But how much do they give and how often do they volunteer? The graph below suggests that one of the biggest factors in how donations of time and money are distributed is agency size. While it’s not surprising that larger agencies give more money, there may be opportunities for them to put in additional volunteer hours as well. Check out the following graph to see how your agency compares with our findings. 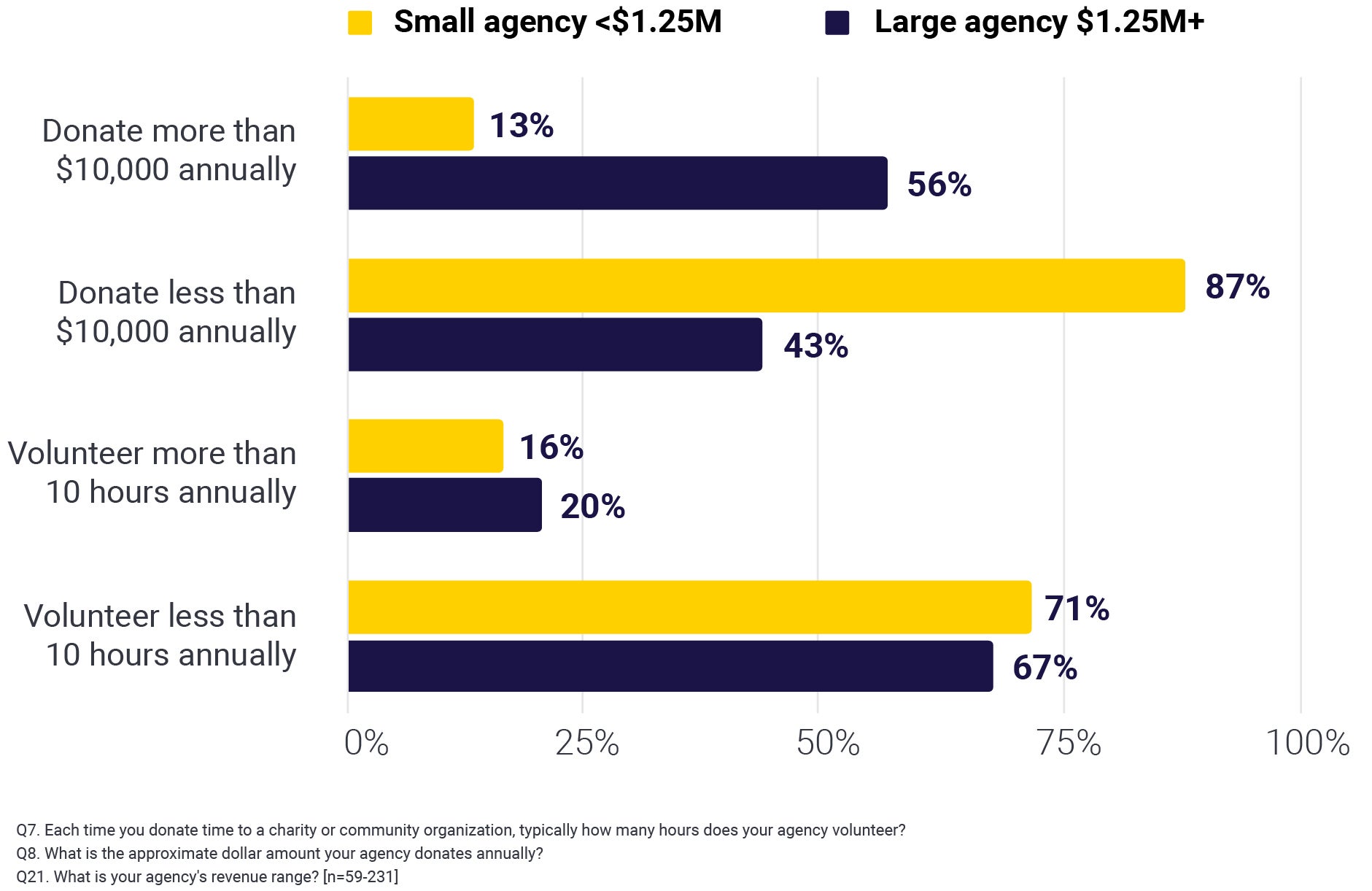 No matter the community size, when disaster hits, it’s often independent agents who are first on the scene to aid in recovery — and from all angles. Knowing that servicing policies simply isn’t enough to help everyone bounce back, the IIAA Educational Foundation established the Trusted Choice Disaster Relief Fund to help independent agents directly support those affected.

Since independent agents are a diverse group overall, it’s not surprising they support a wide variety of organizations and causes. But some are more popular than others. The causes that receive the most industry support include those listed below*. Click the buttons to see how agents are strengthening their communities where they see the most need.

Learning is for everyone

A place without judgment

In today’s business climate, charitable giving has become an expectation, making it more important than ever to a company’s brand. This demand comes from two directions. Consumers want to do business with companies that give back, and workers want to join companies with active philanthropy programs. This is particularly true of millennials and Gen Z. As a group, 60% say that they look for a company that matches their values when job hunting.

We share a belief with Liberty and Safeco that trust is our most valuable currency in the insurance industry. And that you can’t simply ask for your community’s trust, you have to earn it. We’re humbled by how independent agents show time and again that their communities can trust them to pitch in where it’s needed most.

There are many signs that corporate giving has gone mainstream. In 2019, CEOs from more than 180 of the largest corporations in America adopted a Statement on the Purpose of a Corporation that put supporting local communities on par with providing shareholder value — a seismic shift from a generation ago. As discussed above, independent agents have been ahead of this curve, with the majority of agencies already engaging in community giving efforts over generations.

Doing good can also be good for business. In our survey, agents overwhelmingly said they support local nonprofits in order to help their communities — and virtually no respondents said they do it for business growth opportunities. Yet most agents also acknowledged the business benefits of being charitable. For example, 53% said their charitable giving has increased referrals to their agency, a finding that fits into a larger trend.

According to research conducted by the global marketing intelligence firm Mintel, 73% of Americans’ purchasing decisions are affected by a company’s philanthropy. What’s more, half of all Americans, and 61% aged 41 and younger, say they would switch to a company that supports a cause they believe in.

Regardless of the level of giving, philanthropy helps agencies form lasting connections with clients and prospects. As many agents mentioned in our survey, agency giving doesn’t have to be big at first. The most important thing is to start. Then, once a giving program is in place, there are many opportunities for agencies to amplify the effects of their philanthropy.

As community leaders, independent agents are in a strong position to improve the cities and towns in which they live, work and serve — while increasing awareness of nonprofit organizations doing remarkable things. If your agency wants to start or grow a community giving program, Liberty Mutual and Safeco are here to help.

The Make More Happen Award is our largest donation program for appointed independent agents who demonstrate extraordinary volunteerism with a local community nonprofit. The award comes with up to a $10,000 grant to the nonprofit on behalf of the agency, public relations support, and a feature story on agentgiving.com. 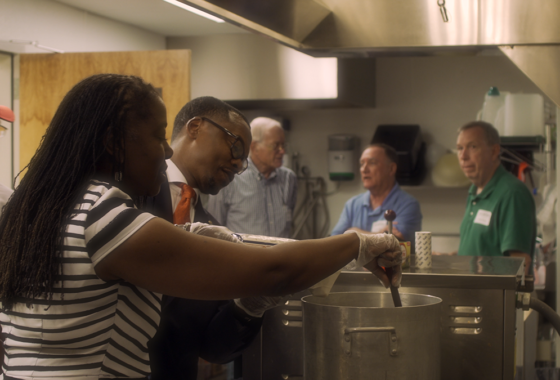 A ‘pot of gold’ for Rainbow Village 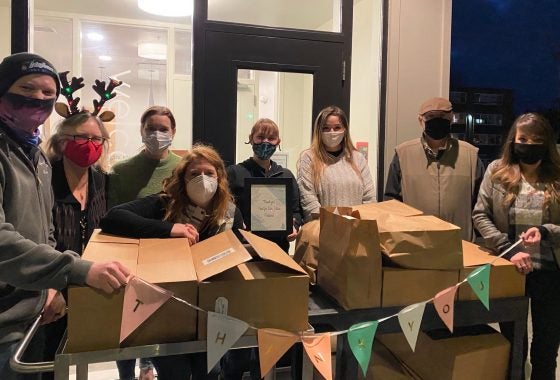 Stepping up to meet new challenges 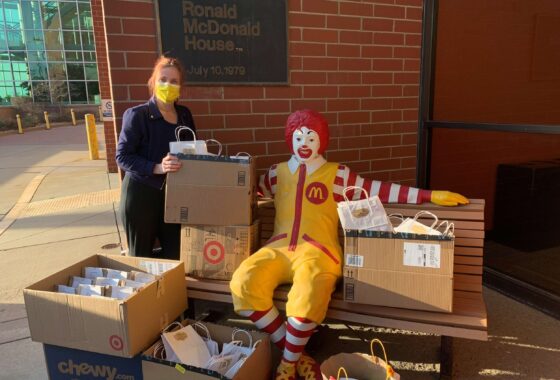 Keeping families together and near the medical resources they need

The Community Involvement and Charitable Giving Survey was conducted during the fall of 2021 by Independent Insurance Agents and Brokers of America. Survey respondents’ revenues range from very small (under $150,000) to very large (over $10 million). About three-quarters (73%) of the respondents had revenues between $500,000 to $9.9 million. From rural/small area (<50,000) to large metro area (1-plus million) — almost half of the respondents (45%) said their agency is in a rural/small area.

*Full list of causes identified by agents, where they give time and/or money: hunger relief, education and youth programs, animal welfare, arts and culture, people experiencing homelessness, disability support services, support for members of the military and their families, health, safety and human services, religious organizations, and fraternal organizations.