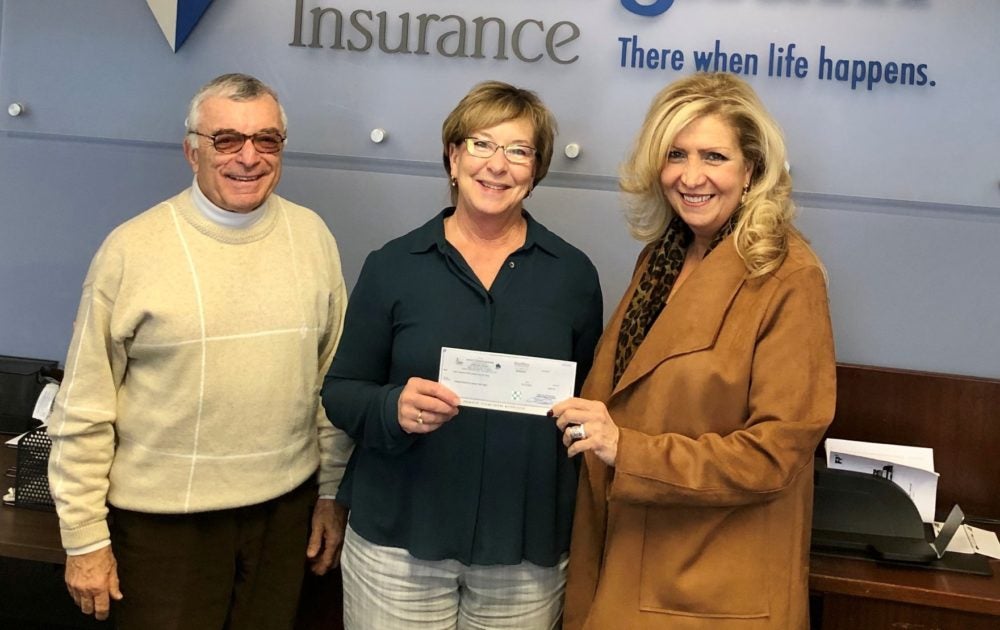 A family legacy of giving

For Greg and Jack Blair, brothers and partners at Nottingham Insurance in Hamilton Square, New Jersey, the connection to Mobile Meals of Hamilton runs deep.

Their father, Jack Blair Sr., was a founder of the organization, which delivers more than 20,000 meals to seniors annually and serves as many as 100 people a day. It provides not only nourishment, but also vital human contact, according to Executive Director Eileen Eversheim. 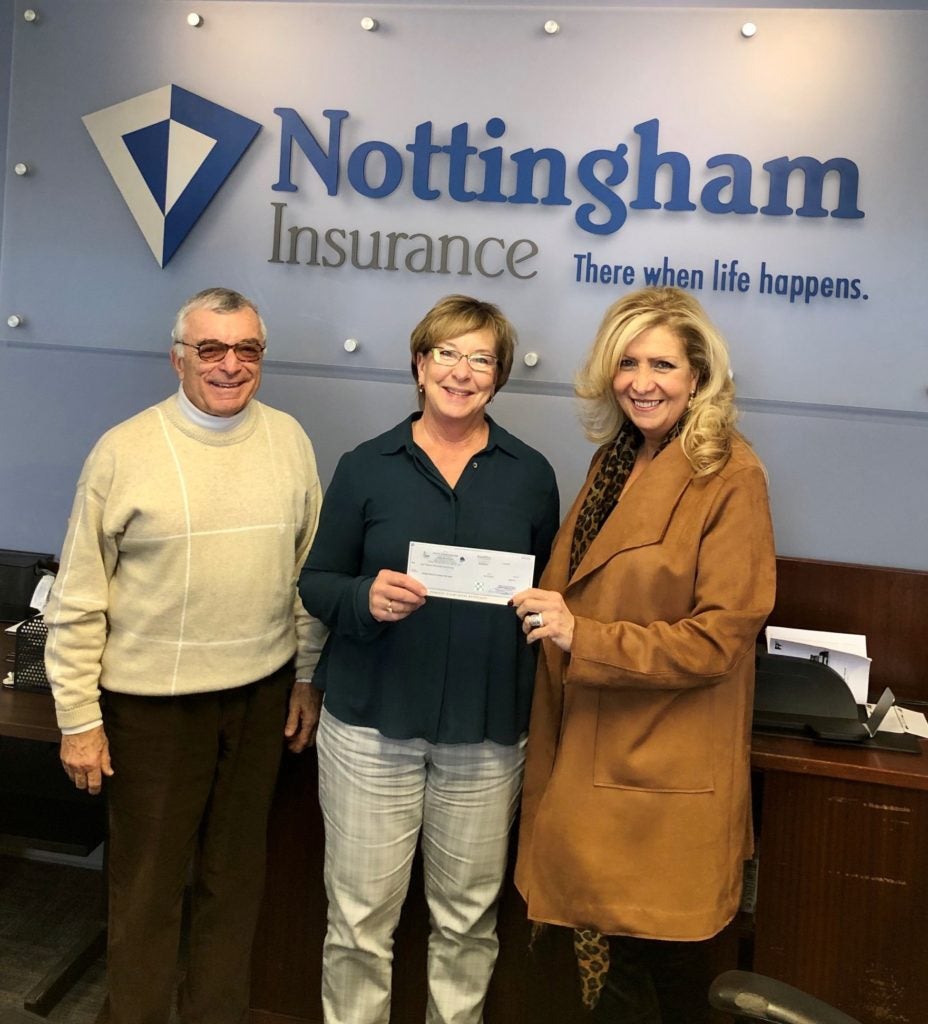 Janet Engelke presents a check to Mobile Meals of Hamilton Director Eileen Eversheim and President Jim Federici. The donated funds were given by Nottingham staff the office-wide dress down Friday giving program. 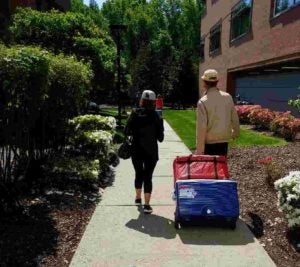 “Without Mobile Meals of Hamilton, many elderly residents in the community wouldn’t receive a warm meal each day,” Greg Blair said. “They likely wouldn’t see another person, either. How can you not want to be involved with something that does so much good?”

It’s a longtime family commitment: Jack Blair Sr. and his wife, Bev, continued to serve together for more than 20 years after he retired. And today, the younger Blairs are carrying on the tradition.

Greg is on the organization’s board, and heavily involved with efforts to raise money and attract volunteers. Each hot meal costs $6, but nobody is turned away for financial reasons. Whatever costs aren’t covered by clients are funded through donations.

Many volunteers come from Nottingham Insurance and the Blair family, including the brothers, their sister Janet Engelke (a VP at the agency), Jack’s wife, Kathy—and even Bev, who still takes part in delivering meals.

“I offered our staff for one day a week to handle a delivery route,” Greg said. “We’ve been doing it for more than four years now. And we put together care packages for everyone in the program during the holidays.” 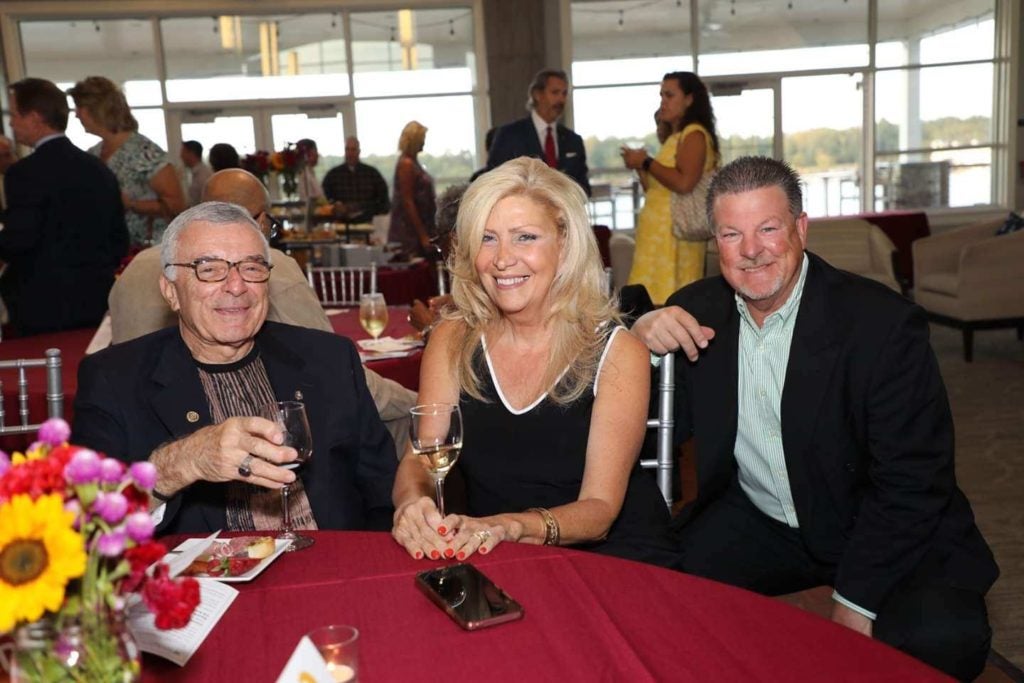 It’s part of the agency’s commitment to community, Jack noted, which includes providing staff with time to serve. “We don’t want to make people take paid time off to volunteer,” he said. “We want them to do this on company time.” In addition to their work with Mobile Meals of Hamilton, Nottingham Insurance and its employees support a different charity each month, and participate in events for various causes.

‘I think all of our volunteers would say they get just as much out of this as the seniors do.’

“Greg and Jack, and their families, are amazing humans,” Eversheim said. “Greg’s leadership is second to none; he is the calm in the occasional storm. I feel honored to have the Blair family still involved after all these years.”

The Blairs are being honored in another way as well—with a 2020 Make More Happen Award. The award typically includes a donation of $5,000 and the opportunity to win another $5,000 through engagement on social media; however, in light of current health and economic challenges across the country, Safeco and Liberty Mutual are donating the full $10,000 immediately to Mobile Meals of Hamilton on behalf of Nottingham Insurance. 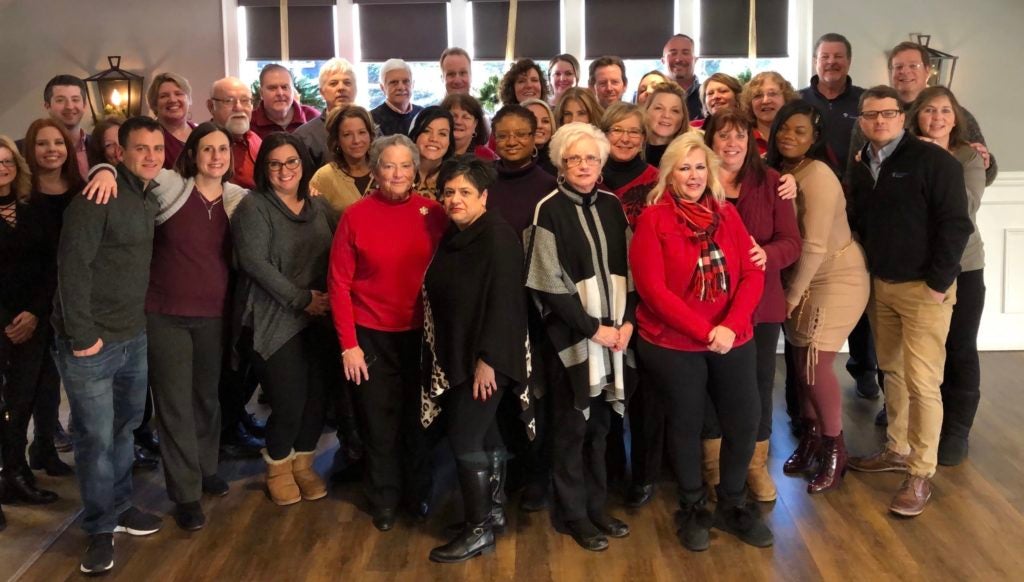 All the members of Nottingham Insurance who have volunteered with Mobile Meals of Hamilton.

“We are constantly looking for ways to generate publicity and donations to keep the mission going,” Greg said. “This is a very welcome boost for Mobile Meals of Hamilton.”

It means continued connection for the program’s clients—and those who serve them. “Over time, we build relationships with these special people,” Eversheim said. “I think all of our volunteers would say they get just as much out of this as the seniors do.”

Very proud of our team and commitment to making our community stronger.