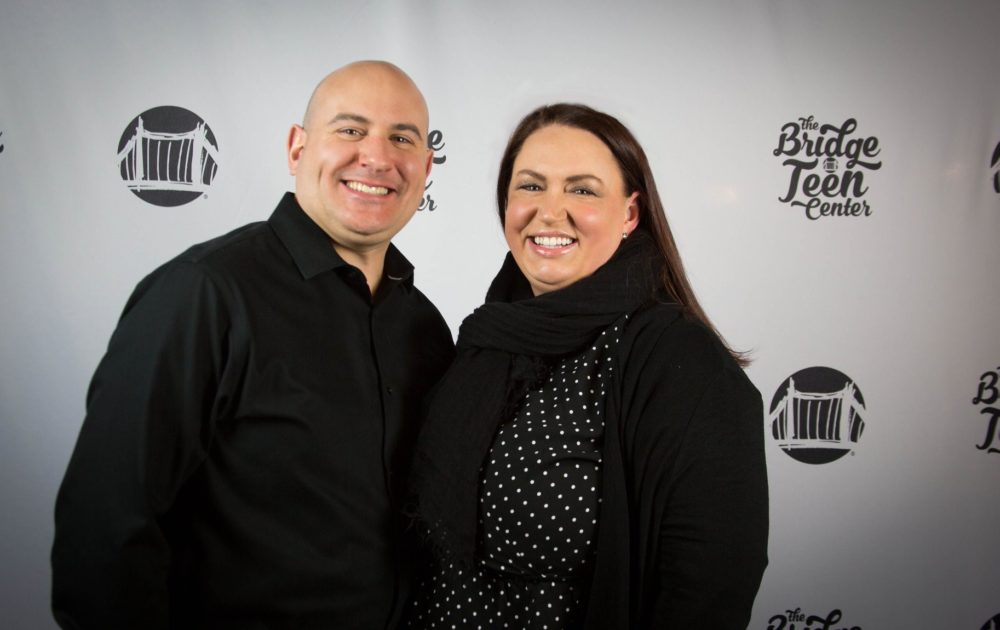 Giving back starts with giving to others, but in the end, you find that you’ve also given something to yourself.

That’s what Jen and Joe Francis of RetireMax Insurance discovered when they began volunteering with The Bridge Teen Center in 2018. 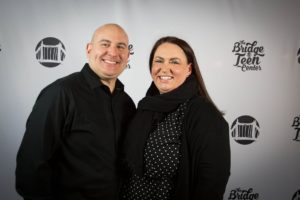 “Making a difference in the lives of these teens gives our own lives greater meaning,” Jen said of her work with The Bridge, which offers hundreds of free after-school programs and other events for youth in the Chicago area.

The couple spends Friday nights at the center in Orland Park, Ill., which opens its doors for several hours to over 200 students. The “Friday Night Live” events feature activities such as karaoke, live music, and open mics, along with free food from local restaurants. 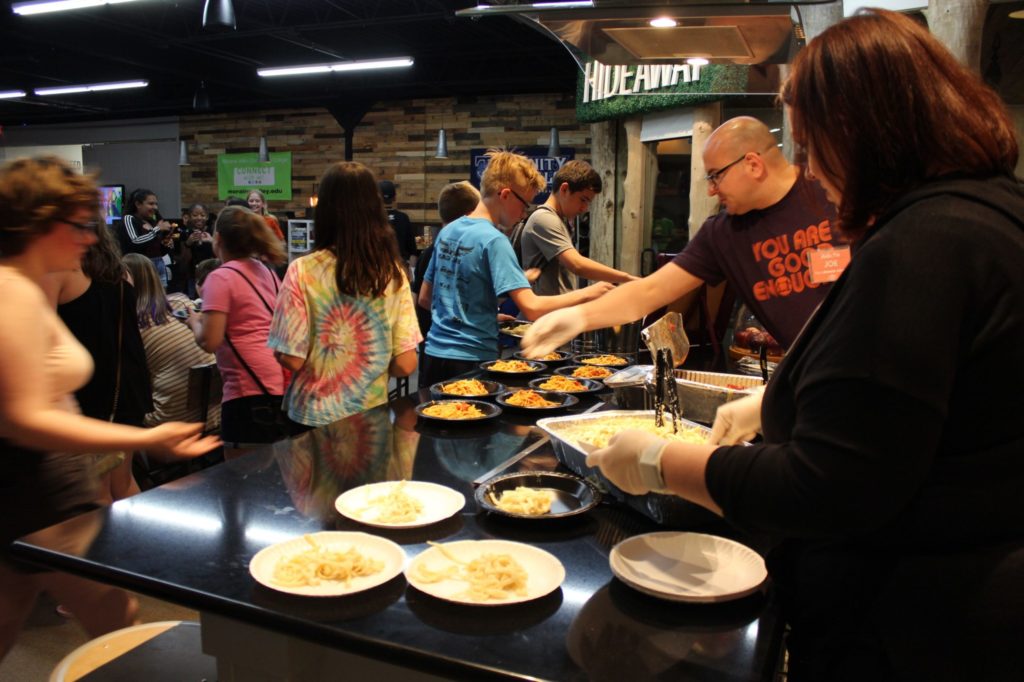 Jen and Joe serve pasta donated to The Bridge by Buca di Beppo to 180 students for the Italy themed Friday night! Students had to choose if they were Team Alfredo or Team Spaghetti!

It all started with National Bullying Prevention Month—an initiative The Bridge was working on when Jen learned about the organization. “The statistics are astonishing,” she said. “About 49% of children in grades 4-12 reported being bullied at least once during the past month. So when we heard about the amazing work The Bridge was doing, we wanted to get involved.”

The Bridge offers students a place to find acceptance, hope, and inspiration, according to Rob Steinmetz, who opened the center with his wife, Priscilla, in 2010 after years of planning. Since then, The Bridge has served more than 7,800 teens through programs in five broad categories: everyday life, community connections, educational support, mind/body, and expressive arts.

Offerings (over 350 in all) range from music lessons and fitness classes to culinary demonstrations and even education in various trades. 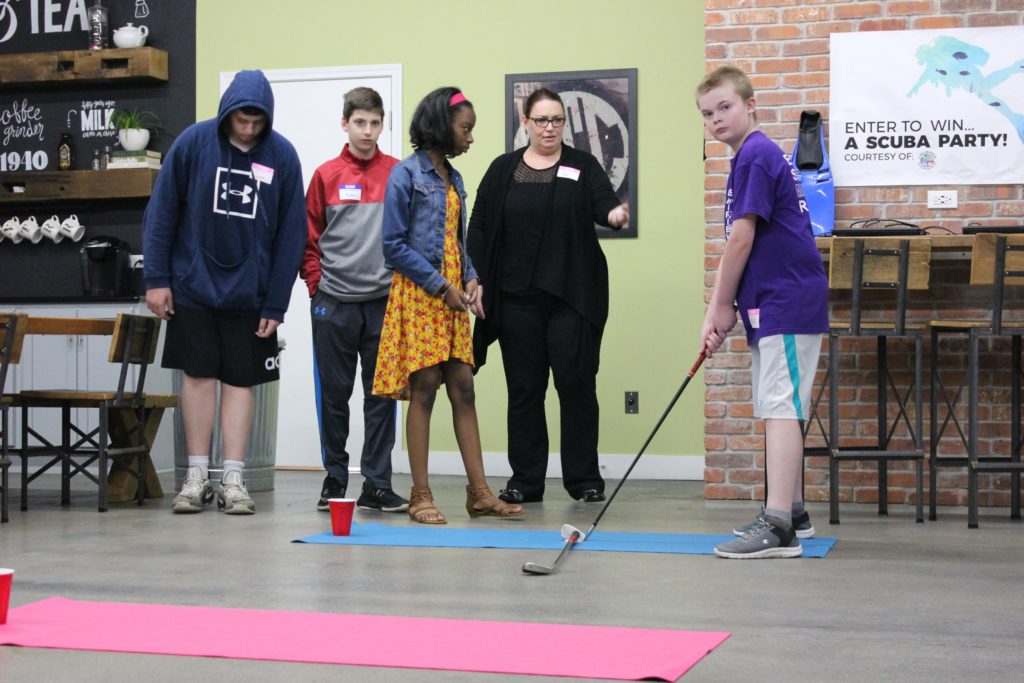 Instead of cancelling the Friday night golf experience due to rain, the RetireMax team decided to bring the program inside, teaching the fundamentals to the students at The Bridge using yoga mats instead of turf.

Today, what started as a grassroots community project has blossomed into one of the most influential teen-specific nonprofits in the nation.

“Groups from 29 different states have asked us for help with their own programming for teens,” Rob said. “We’re amazed and honored that the impact of The Bridge is reaching well beyond Chicago.”

Working with these kids reminds us how lucky we are. We have been given so much in life, and it’s important to give back.

The organization is completely funded through private grants and donations—no small feat with an annual operating budget of nearly $1 million. And it wouldn’t be possible without supporters like Jen and Joe, Rob added. 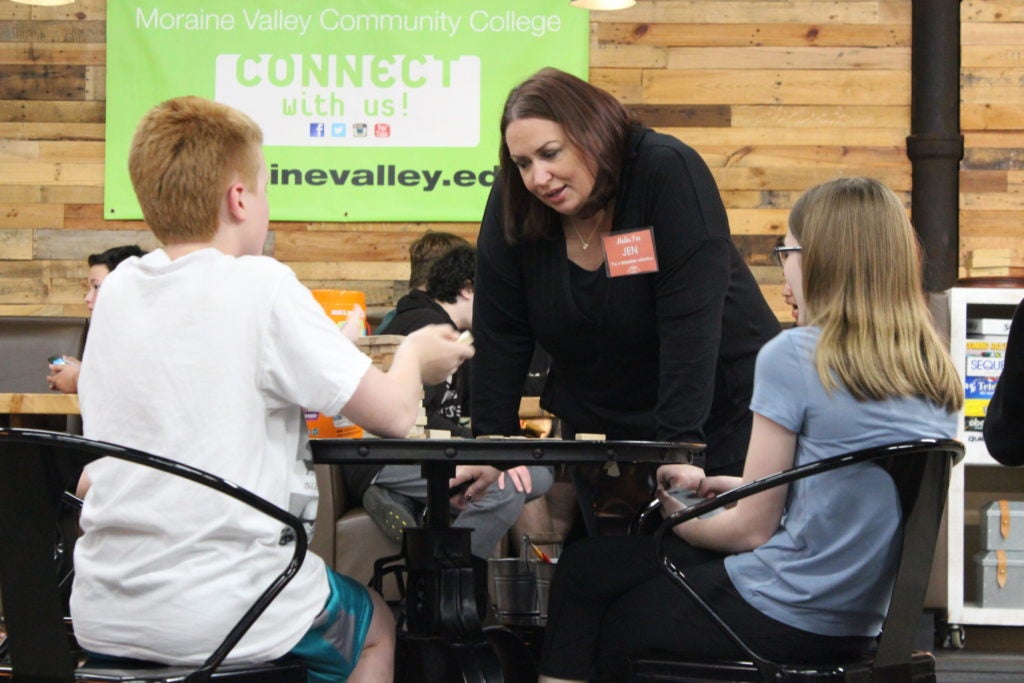 Jen Francis got involved with The Bridge Teen Center after learning about the negative statistics around bullying.

In addition to volunteering on Friday nights, they collect donations for the center’s thrift store and help The Bridge connect with potential supporters. RetireMax, which also is located in Orland Park, provides financial assistance as well.

“They will be too modest to admit this,” Rob said, “but one of the introductions Jen and Joe made for us led to a repeat sponsorship that has generated more than $5,000 for The Bridge.”

Thanks to 2020 Make More Happen Award, their impact will grow even more:  The honor includes a donation from Liberty Mutual and Safeco Insurance of up to $10,000 to The Bridge on behalf of RetireMax.

Joe Francis and the RetireMax team volunteers in many different ways for The Bridge. One of the ways he gives back is through judging the Chopped-style hot dog contest!

“Working with these kids reminds us how lucky we are,” Jen said. “We have been given so much in life, and it’s important to give back. The Bridge is doing its part to empower these students, and we are forever grateful that it has inspired us to do our part, too.”

Cheer on the agency and nonprofit by sharing their story to Facebook or leave a comment below. Learn more about these Make More Happen winners here:

What a great story, and Organization. Thank you for sharing, and Congratulations!

I love Retiremax & the Francis Family ❤

Thank you to Safeco & Liberty Mutual for this amazing opportunity! We truly are blessed to give back to our local community. The Bridge Teen Center is a wonderful organization and we couldn’t be more excited to “virtually” provide them with a donation!!