Pedaling for a Parkinson’s cure

The New England Parkinson’s Ride raises money for medical research to find a cure for Parkinson’s and to support those currently living with the disease. They reached their goal of 500 votes and doubled their donation to reach $10,000.

The New England Parkinson’s Ride has two primary goals. First, to raise money for the Michael J. Fox Foundation, which supports researchers around the world in their quest for better treatments, and ultimately, a cure for Parkinson’s Disease. Second, to support the hundreds of people in the agency’s local area living with the disease, and their loved ones, by providing a way to be directly involved in working towards a cure. Open to cyclists of all ages and abilities, the ride has created a sense of community among people affected by the struggles of living with Parkinson’s Disease. 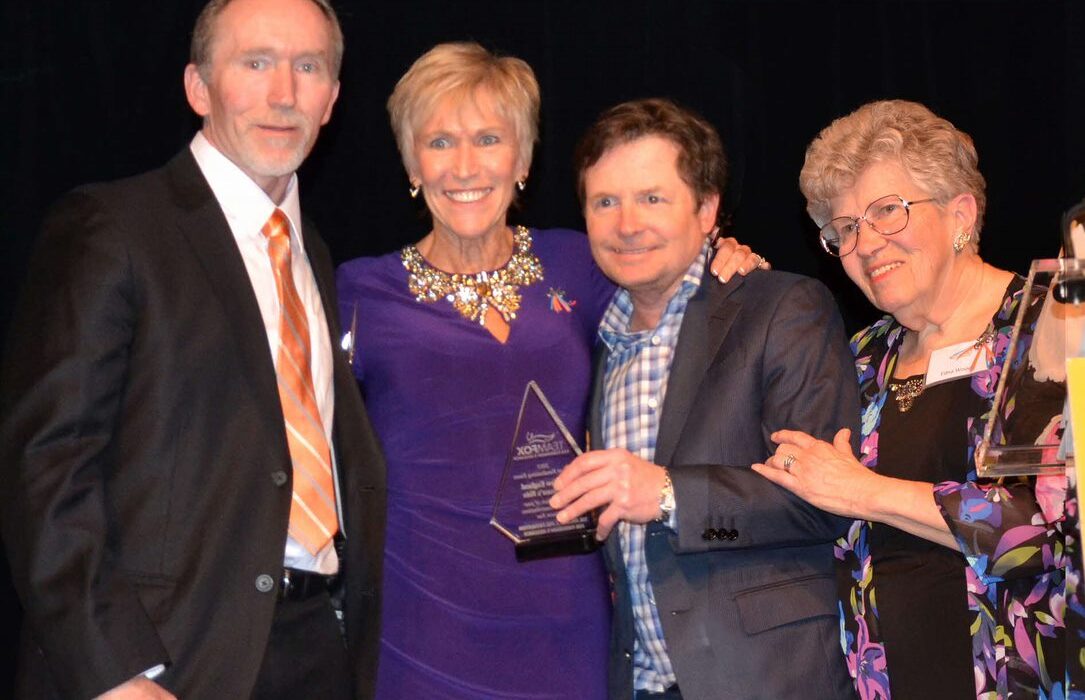 Advantage Insurance owners Chris and Terry Woods, along with Chris’s parents, Edna and Bob, founded the ride in 2008 because there was no other cycling event supporting Parkinson’s research in the Northeast. It also had a personal dimension for them as Chris, an avid cyclist, was diagnosed with Parkinson’s when he was 41 years old. 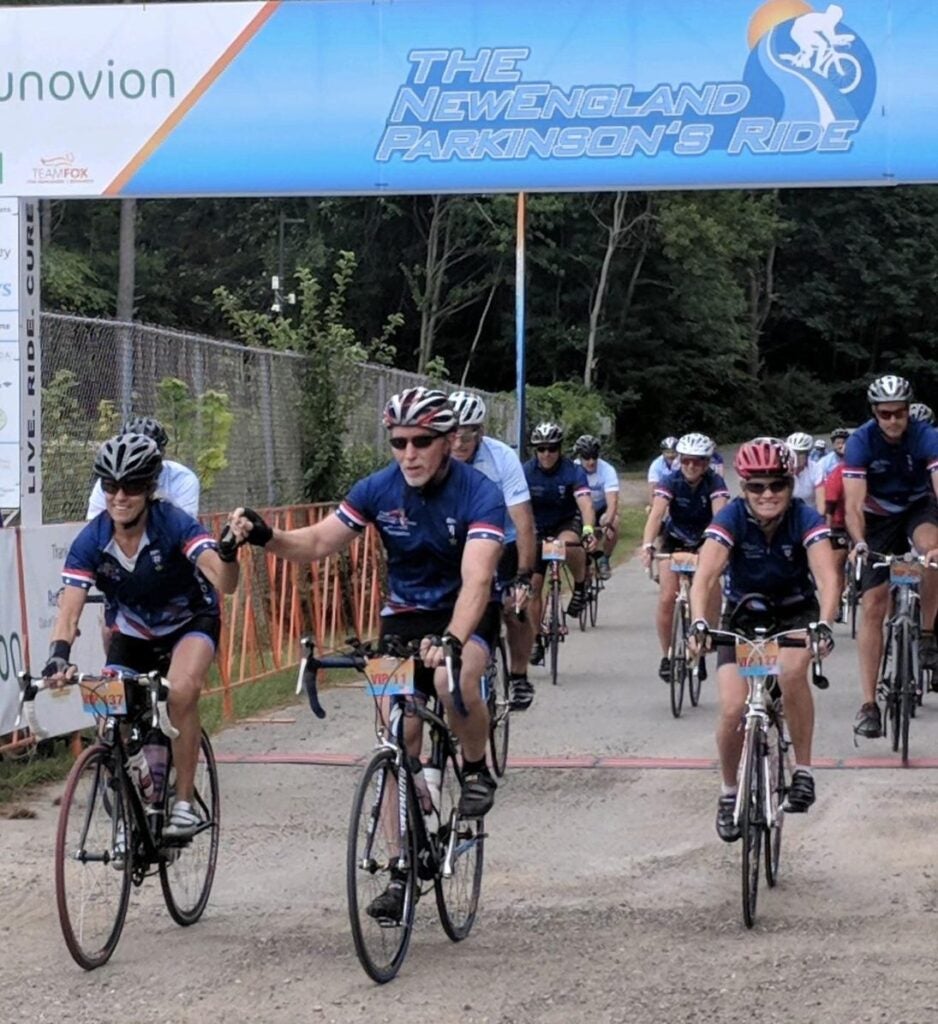 During the Ride’s first year, they recruited 37 cyclists and raised $27,000. Since then, it has grown into the largest fundraising event in the country for the Michael J. Fox Foundation, raising more than $8 million to date. The ride officially became a 501(c)(3) nonprofit in 2013. 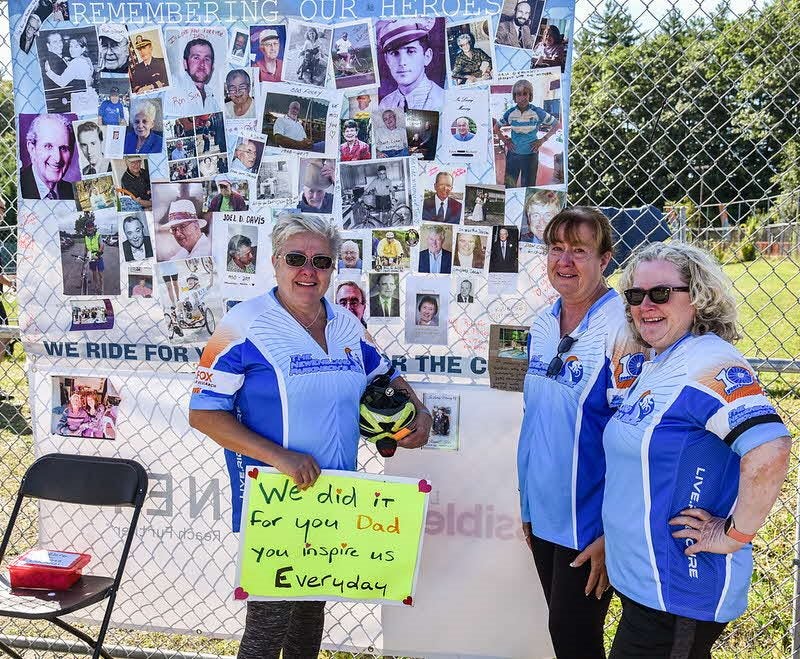 Pulling off this impressive event has become a year-round effort. Led by full-time Executive Director Cindy Woods Theberge, who is Chris’s sister, the nonprofit has a part-time supporting staff, a board of nine dedicated officers and more than 250 volunteers. With Cindy at the helm, the team organizes the more than 1,300 cyclists who annually navigate four routes near Old Orchard Beach, Maine, that range from 10 to 100 miles around. Volunteers also provide support at a dozen rest stops. Along with riding the 100-mile route and personally raising more than $10,000 each year, Chris has also served as Chairman of the Board of the nonprofit since 2018. In addition, the agency staff also helps with a wide variety of tasks in support of the cause. 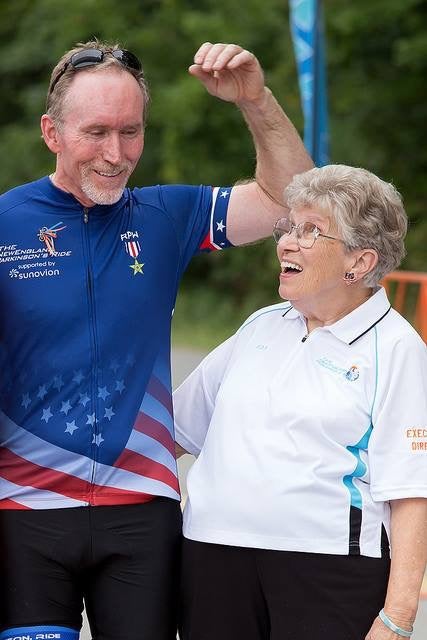 After raising more than $1.3 million in 2019, the ride was forced to change its approach in 2020 due to the global pandemic. Rather than risk losing momentum by taking the year off, Executive Director Cindy Theberge got creative and formed the “Cycling in Sync” program to keep things rolling. This effort included recruiting cyclists from every U.S. state, plus six other countries, to ride on the same day in different places around the world. The result was more than a thousand cyclists coming together to raise more than $1.1 million for Parkinson’s research.

“This year we had the exciting return of cyclists to an in-person event, while, continuing the new tradition of Cycling In Sync across the nation,” said Theberge. “The 2021 ride has raised nearly $1.3 million so far, with fundraising continuing through the end of the year.”

This past year, Liberty Mutual and Safeco Insurance employees, Michael Cushman and Forrest Oberst, volunteered at the event, helping with watering stations and welcoming the cyclists across the finish line. 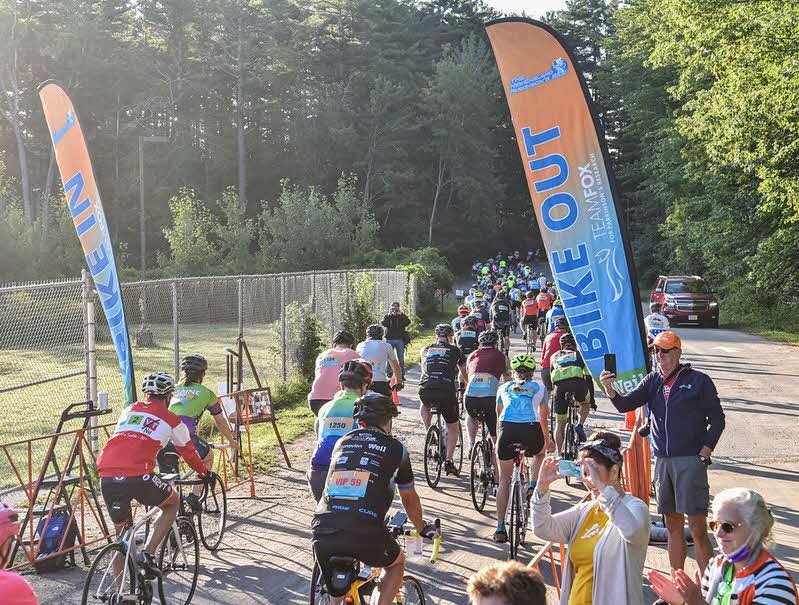 An early morning start to a ride in September 2021.

This year we had the exciting return of cyclists to an in-person event, while continuing the new tradition of Cycling In Sync across the nation. The 2021 ride has raised nearly $1.3 million so far, with fundraising continuing through the end of the year. 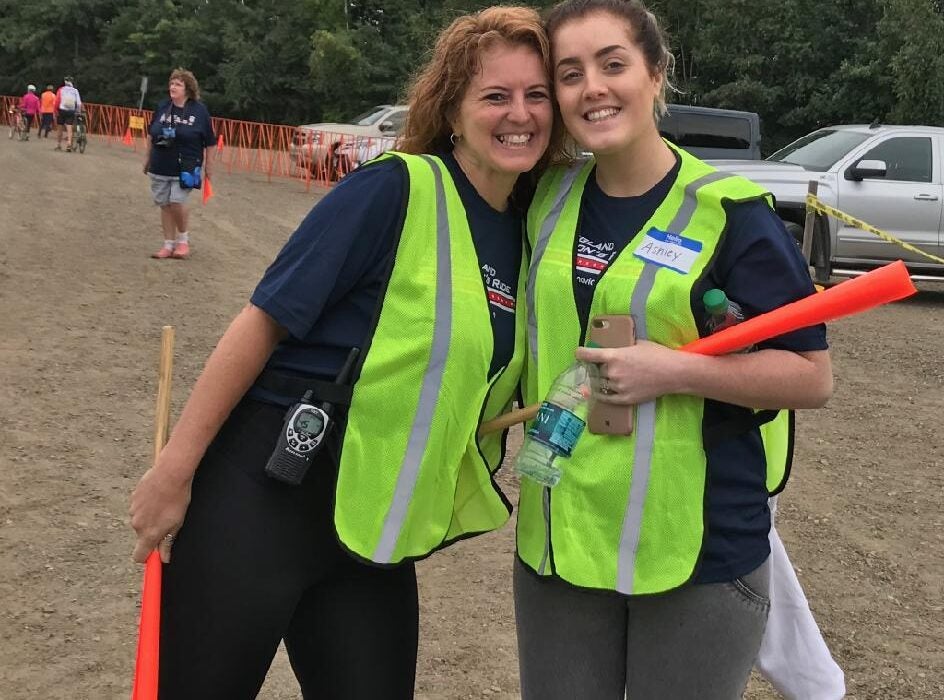 Continuing the cycle of giving

In these challenging times, a $10,000 donation from Liberty Mutual and Safeco Insurance would help the nonprofit reach their annual fundraising goal to give to the Michael J. Fox Foundation for Parkinson’s research.

Liberty Mutual and Safeco are the most generous companies, and they are among the best insurance companies as well. Great organizations!

Close to my heart – thank you.

i am so inspired by what the Woods family has done and the difference they are making in peoples’ lives!

My first ever ride!!I was impressed with the organization and just the enormous generosity from volunteers and donors like liberty mutual. I certainly will participate in this again.

Thank you Safeco and Liberty Mutual! With your help we are making a difference for people battling PD! Thank you to the Woods family as well! You are a warm and welcoming family who wore tirelessly to find a cure! It’s a privilege to ride beside you each year! God bless! Annie O’Gorman

Great organization and family. I look forward to the event every year. Thanks to Liberty Mutual and Safeco for your support.

Such an amazing, hard working team of people working for a great cause! Always proud to support their cause.

This is a wonderful ride. The staff and volunteers make it easy and safe for the riders. I have enjoyed riding in person and in sync to raise money for this important cause.

Best family ever and an event not to miss!

Amazing ride I look forward to every year, even if riding in sync.

Keep up the amazing and inspiring work!

I’ve had the pleasure of being involved and riding in the event for 3 years now. It is truly one of the highlights of my year and all for a cause which is so dear to so many of us. Thank you to the donors, other fellow riders, volunteers, cheering public, family supporters and friends…. and thank you to Liberty Mutual and Safeco Insurance for continuing to contribute !

What a great event! So well organized and the team also delivered perfect weather! Thanks for the great post event celebration including music!!

Love Terry and Chris. They would give you the world.

Thank you Safeco and Liberty Mutual for sponsoring the most incredible organization we know. Woods family is amazing and have done an amazing job of raising enormous amounts of money for Fox Foundation and raising awareness of Parkinson’s Disease. Thank you.

I’ve participated in the NEPR for about 3 years, beginning shortly after my mother-in-law passed away. Cecile put a good fight, living with PD for about 12 years. Thank you Liberty Mutual and Safeco for your generous contributions to the NEPR.

Chris and Terry along with everyone at Advantage Insurance. You guys are inspirational for this amazing event!

Great job Daughter in law! So proud of what you have accomplished.

Chris, Terry and family at Advantage Insurance – incredible people and a remarkable event!

❤❤❤The New England Parkinson’s Ride and the whole Woods Family!

This is a great cause and Chris. & wife Terry have been doing this for several years.

Advantage Insurance and New England Parkinson’s Ride have my vote. Good luck getting to your goal!

Congratulations, Chris and family. Best of luck getting to 500!

Inspirational event for a great cause! Congrats to all!!

Awesome organization, so happy to have our team from BlueRock Therapeutics ride in person this year! Thank you to Safeco and Liberty Mutual for your generous support!

This is incredible work. A deserving agency going above and beyond to give back!

Advantage Insurance and the Woods family have done such an amazing job with this special event and year round commitment!