Axis Insurance Agency needs your vote by October 31 to win $10,000 for Christmas in July Charity. Read about their amazing dedication to bringing smiles and comfort to children and families enduring hospitalizations and medical treatment. Then vote for them by using the social media share buttons or by leaving a comment when you reach the end of their story.

Out of adversity, a sense of purpose

After surviving a near-fatal ATV accident, Greg Cemke wanted to use his second chance at life to give back to his community. He inquired about patient needs at the Marshfield Children’s Hospital near his home in central Wisconsin, then pitched his idea: the Christmas in July Charity. The hospital was all in.

“Seeing the smiles on children’s and parents’ faces is the biggest joy that Santa has because some of those kids, and parents as well, haven’t smiled in a long time.”

Twice a year, Christmas in July Charity organizes toy drives. Donated toys are given to patients for their birthdays, end-of-treatment parties and the big event: Christmas in July. That’s when Santa Greg and his “helpers” arrive at the hospital aboard their motorcycles to personally deliver gifts to kids undergoing treatment. (Why motorcycles? Because Santa’s sleigh doesn’t work in July — no snow!)

“Seeing the smiles on children’s and parents’ faces is the biggest joy that Santa has because some of those kids, and parents as well, haven’t smiled in a long time,” said Cemke.

A meaningful way to support their community

Vesely shared how Cemke expresses gratitude for every donation, no matter how big or small, because every bit adds up to help the kids. “Each encounter with Greg’s never-ending passion and joy reaffirms why we are so excited to continue partnering with Christmas in July Charity,” she adds.

The agency began their support by sponsoring Christmas in July Charity’s website, and the relationship quickly grew. Agency staff volunteer at the organization’s events, and they named it their 2021 and 2022 Charity of Choice at their customer appreciation event each of those years. Over 200 agency clients attended and donated funds, toys and books for the kids.

“Each encounter with Greg’s never-ending passion and joy reaffirms why we are so excited to continue partnering with Christmas in July Charity.”

A Make More Happen Award would allow Christmas in July Charity to fund an activity and rehab area for patients that hasn’t been updated in over 25 years. New, comfortable furniture, better lighting, movies and games, and activity tables would create an inviting space for kids to get out of their rooms and just “be kids” together. Parents and caregivers would also be able to use the space to develop support systems with each other. 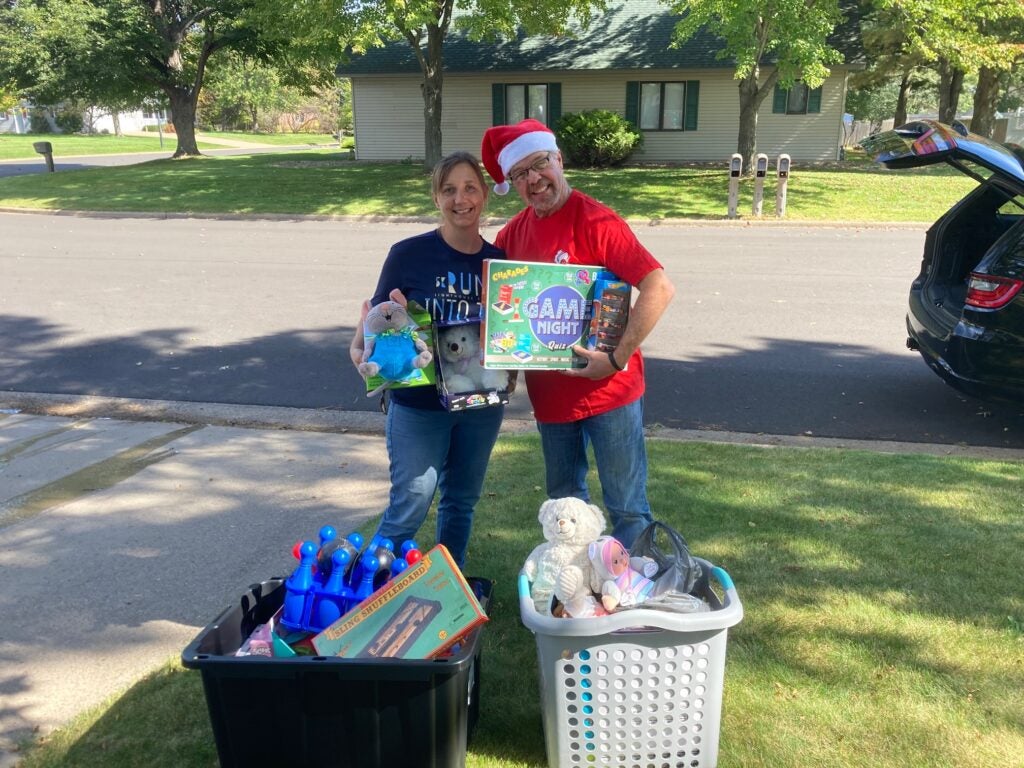 Help Axis Insurance win $10,000 for Christmas in July Charity by cheering them on by sharing their story to social media using the buttons to the left!

Way to go, Christmas in July Charity, and thanks so much to Axis Insurance Agency for making this happen!

Paula and her staff are not only very customer focused but also community focused. They never seem to pass up an opportunity to support a great cause like this one!

its so refreshing to hear of people living outside of theirselves and blessing others! What an inspiring story!

Thank you for your vote

Love to vote for this charity

Are we going to hit the finish line today?

Could this be the day we reach the 500 vote goal? Please vote!

Voting today let’s get there!

You guys are the best!!! Thanks for all you do!

voting for the great cause

Voting for the cause!!

Voting for this cause.

Voting for this great cause!