Decades of dedication to cancer patients

Thirty years ago, employees in the Jefferson City, Missouri, office of Naught-Naught Agency started an annual “garage sale” in the parking lot to benefit cancer patients—but after a few years, they wanted to go bigger. 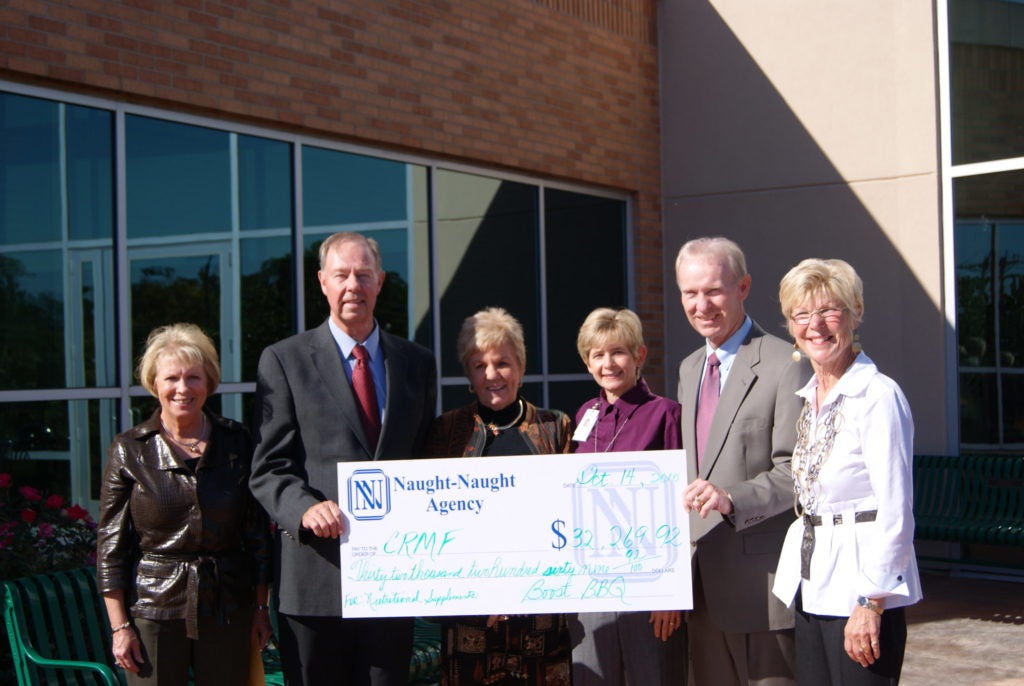 Today, that garage sale has morphed into the “Boost BBQ,” a full-scale benefit dinner and silent auction. Last year, it attracted 1,300 people and raised $35,000 for Goldschmidt Cancer Center (GCC), which is part of the Capital Region Medical Center in Jefferson.

GCC offers comprehensive services and treatments for thousands of patients each year, as well as programs for survivors, patient education, support groups, and more.

“We thought if we could find a way to get the community more involved in our efforts, we could raise more money and have fun doing it,” said Tom Naught, CEO of Naught-Naught. Over the years, the agency has raised over $800,000, and the community is definitely more involved: “The number of volunteers keeps growing each year—they gather donations, sell tickets, or support us in other ways. It has been amazing.” 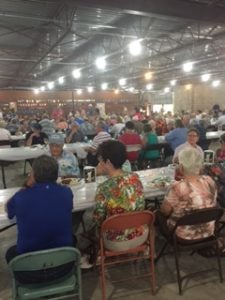 The volunteer crew includes 50 employees from the agency, which has 12 offices throughout Missouri. Almost everyone at the company helps, with some traveling more than 100 miles for the event, Naught said. Many of them have been involved since the garage sale days.

Boost BBQ proceeds, which are directed to the foundation, fund programs that provide wigs and nutritional supplements for cancer patients at GCC—expensive items that often are necessary, said Rita Kempker, the foundation’s executive director. Thanks to support from donors, the center is able to provide the wigs and supplements free of charge for patients in 19 mid-Missouri counties, she added.

It makes a big difference, Naught said. “We frequently hear about patient experiences that are made more positive because of a wig or a supplement. Those stories inspire us to push harder.”

The Naughts and agency employees are inspiring in their own right, Kempker said.

“When it comes to supporters of the fight against cancer in Jefferson City, [Naught-Naught Agency] are at the very top of the list.” 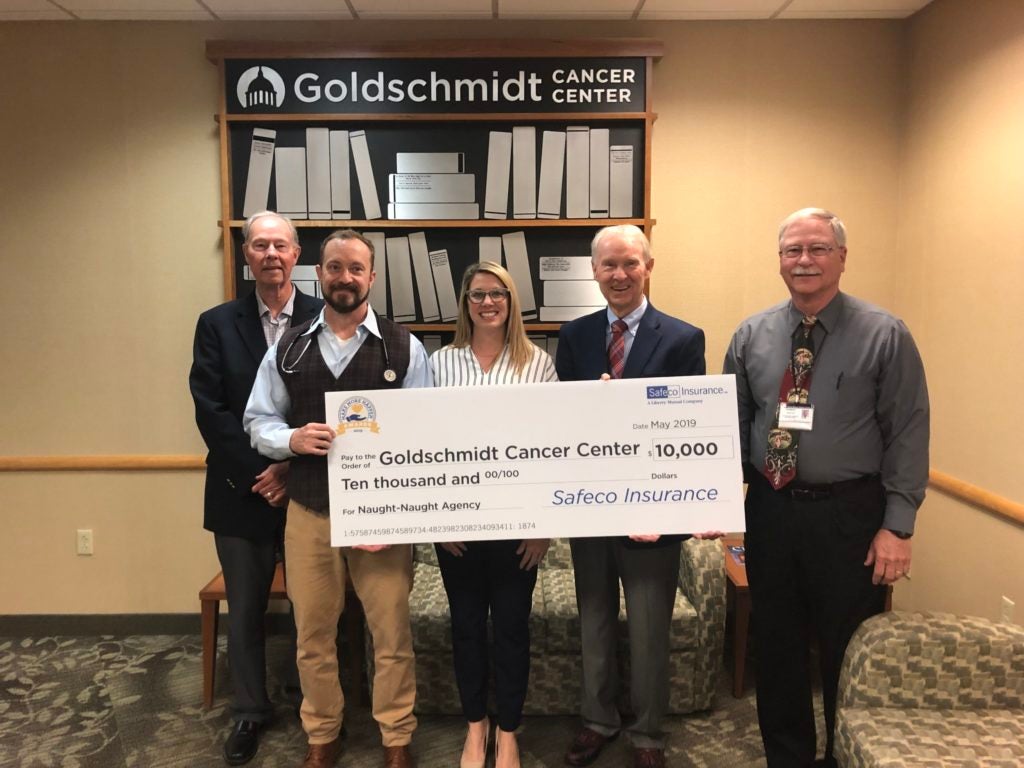 “The support of the entire Naught family and the Naught-Naught Agency has changed the face of cancer care here in our community,” Kempker said. “When it comes to supporters of the fight against cancer in Jefferson City, they are at the very top of the list.”

That support has earned the agency a 2019 Safeco Make More Happen Award—an honor that includes a donation of up to $10,000 from Safeco to the Capital Region Medical Foundation on behalf of Naught-Naught.

The donation will benefit many patients, Kempker said. For example, $5,000 could provide 33 wigs, and the remaining $5,000 could purchase 166 cases of nutritional supplements.

“We’re very fortunate to be able to team up with the wonderful, caring staff at Goldschmidt Cancer Center,” Naught said. “And we’re blessed to be able to help people get the nutrition they need, feel a little better about how they look, and maybe put a smile on their face during a difficult time.”