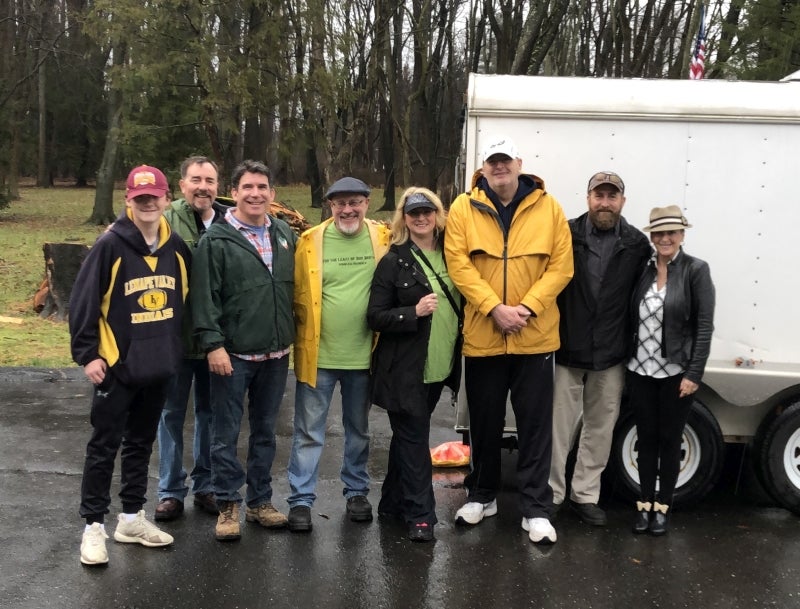 Changing lives, one person at a time

“There is no greater feeling than knowing you have helped restore a person’s dignity and their sense of personal self-worth,” says Mike Volko, the owner of Volko Insurance in Doylestown, Pennsylvania.

In that case, Volko has a lot to feel good about these days: The simple effort he launched with a fellow insurance agent in 2000—focused on buying lunches for the homeless in the Philadelphia area—now reaches hundreds of people in need each year as Least of Our Brothers, a growing nonprofit.

For years, the organization made one annual distribution, just before Christmas; Volko and friends would travel the streets with a trailer full of food, toiletries, brand-new clothing and other necessities, even tents and sleeping bags. As Least of Our Brothers has grown, so have the distributions—in 2018, there were six throughout the year.

“Our growth has been organic,” according to Andrew Rumbold, the current president of the nonprofit. Rumbold, the owner of R.A. Fraser Agency in Doylestown, joined the effort in 2002 and helped Least of Our Brothers gain nonprofit status a few years ago. “We invite people along on our distributions and it changes their worldview.”

The story of “John,” one of the people served by Least of Our Brothers, is a perfect example of the organization’s impact.

In December 2017, John was the first person the team came across who needed help—he was selling water bottles off a freeway exit ramp, and a robbery the night before had left him with nothing but the clothes on his back.

“We gave him new clothes, a tent, a tarp and a sleeping bag,” Volko says. “We cut his hair and trimmed his beard. Having people there to show support meant the absolute world to him.” 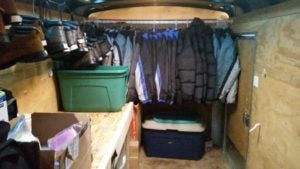 A few weeks later, Volko and his family took that same exit, finding John again—and discovering that his situation had changed dramatically. He had been hired as a handyman at an apartment complex and was just $60 short of having enough for a deposit on his own place. Least of Our Brothers gave him the money he needed, and he’s still off the streets today.

“He told me that our help had given him a sense of hope,” Volko says, “allowing him to find motivation to move forward and make a positive change in his life.”

“There is no greater feeling than knowing you have helped restore a person’s dignity and their sense of personal self-worth.” 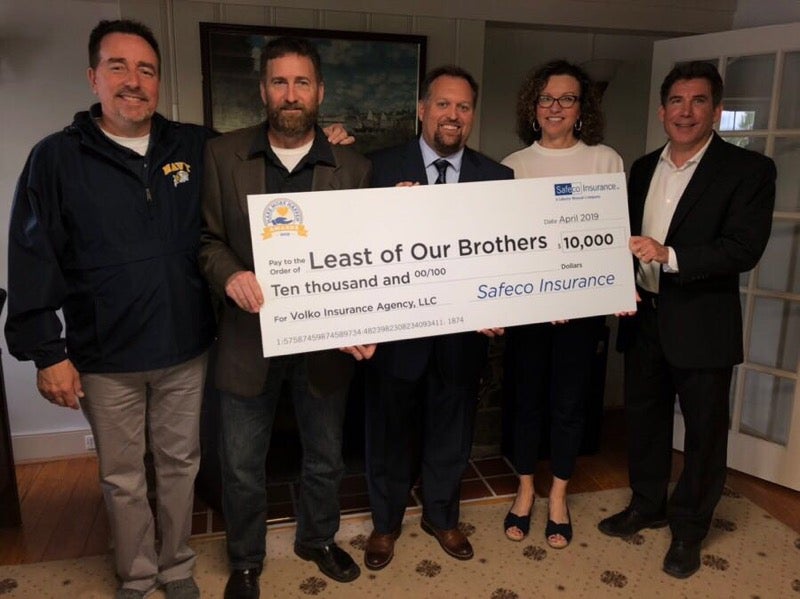 A 2019 Safeco Make More Happen Award will help ensure that more people in Philadelphia experience that sense of hope. The honor includes a Safeco donation of up to $10,000 to Least of Our Brothers on behalf of Volko Insurance.

It’s the second Make More Happen Award for the agency and nonprofit—and it couldn’t come at a better time, because $10,000 would provide much-needed goods and services to nearly 200 people, according to Volko.

“Our ability to serve more clients is largely due to the prior support we received from Safeco,” Rumbold says. “We’re honored and blessed to be chosen again, because it means we can continue to expand our mission.”