Boys & Girls Club of Greater Billerica organizes summer camp and afterschool programs for children, with extra attention given to those from underprivileged families. Vote for their story by commenting or sharing on social media!

James O’Connell Insurance is a small agency with only two employees, but that doesn’t mean they aren’t capable of big things. The agency has worked with the Boys & Girls Club of Greater Billerica since 1997, building fundraisers to help provide children with access to summer camp and afterschool programs. As the agency principal, James O’Connell has always thought it important to give back to the community. He was first introduced to the Boys & Girls Club of Greater Billerica when attending a function, which was the first time he volunteered to help them out. He saw that they were drawing in some money with the fundraisers they had, but he knew that he could help them produce more.

O’Connell hit the ground running with golf tournaments and raffles that cranked up the amount of money these fundraisers were able to generate. When he took over as golf committee chairman in 2000, the tournaments were bringing in around $3,000. Comparatively, the latest golf tournament accumulated more than $60,000, the bulk of which was used to ensure underprivileged children were able to attend the organization’s summer camp and afterschool programs.

“My committee works very hard to make this the largest fundraiser for the club. I try to set our goal each year to be a little more than the year before.”

“My committee works very hard to make this the largest fundraiser for the club,” said Agency Principal James O’Connell. “I try to set our goal each year to be a little more than the year before.” James O’Connell Insurance has continued to contribute at least 25 hours each year to the Boys & Girls Club for decades. Since O’Connell became chairman, they have raised over $800,000 that was used on financial assistance for youths in need. 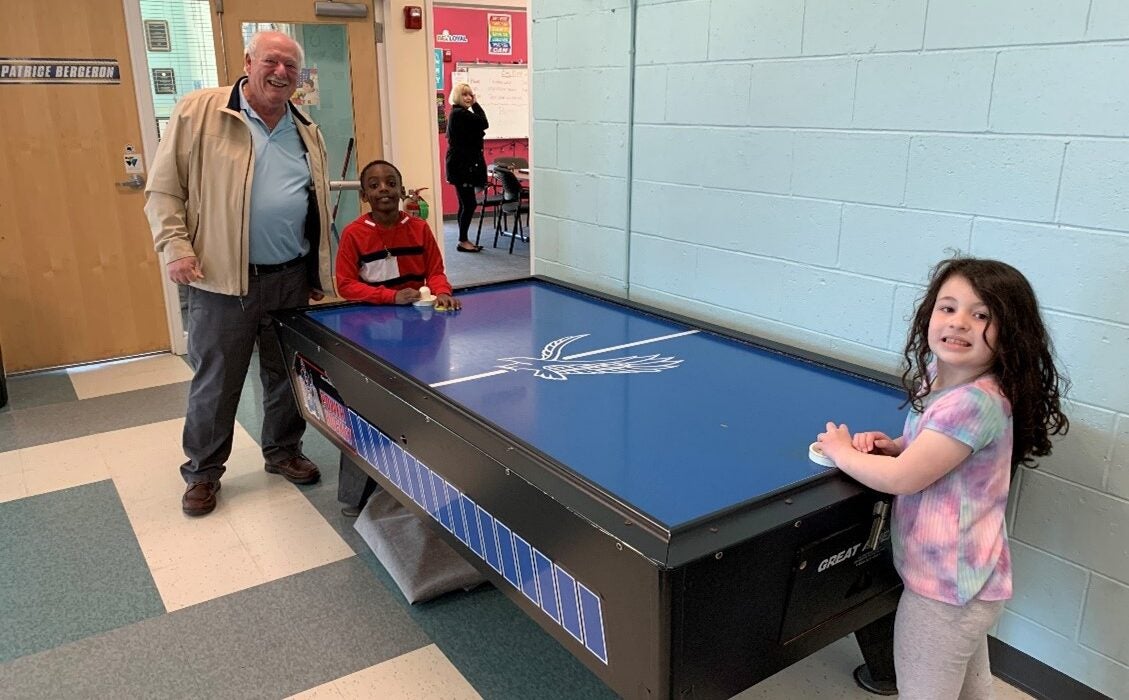 James O’Connell helps Aviel and Sophia learn how to play air hockey at one of the tables provided by the Boys & Girls Club of Greater Billerica.

James O’Connell Insurance has dedicated their efforts to helping children because they know how much a quality childcare program can make a difference in their lives. The Boys & Girls Club of Greater Billerica aims to provide all the elements necessary for a program of this nature, balancing physical activities, social recreation, emotional development, educational opportunities and more. These goals are foundational to the involvement of James O’Connell Insurance. “I have been in business since 1982, and I’ve always believed that we should give back to our community,” said O’Connell. 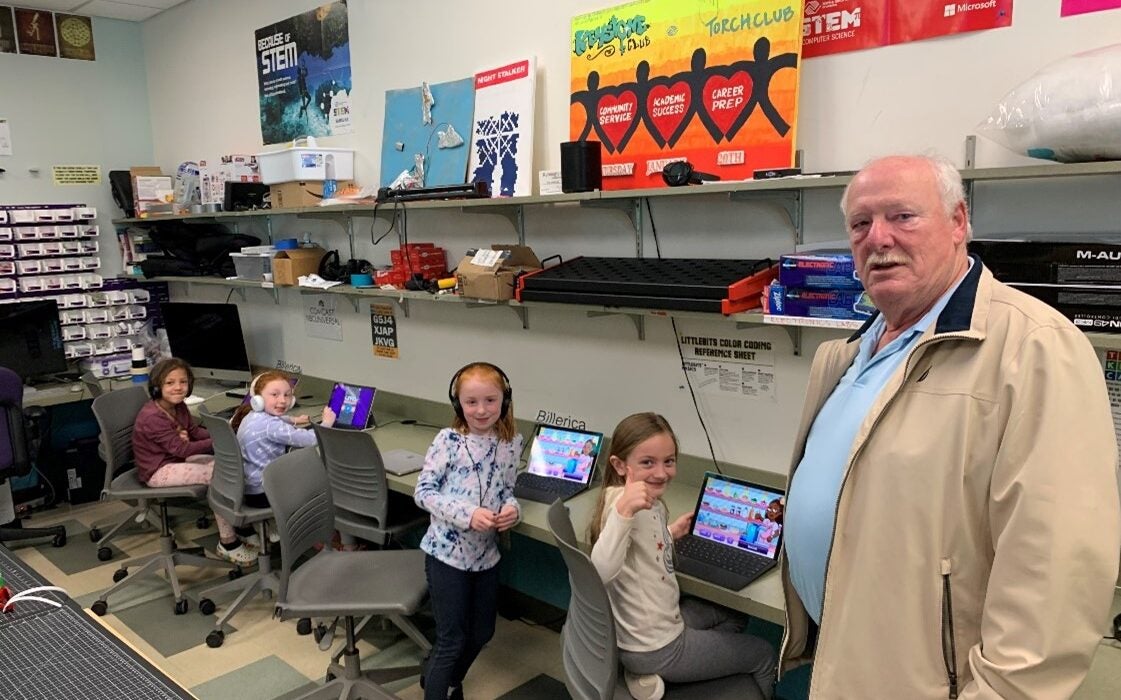 “I have been in business since 1982, and I’ve always believed that we should give back to our community.”

The 2022 Make More Happen Award would include a donation of $5,000 from Liberty Mutual and Safeco on behalf of James O’Connell Insurance. This would greatly help to fund the all-day summer camp that runs for eight weeks each year, including the hiring and training of new staff, so that the organization can continue offering a variety of age-appropriate activities that entertain, challenge, inspire and educate children.

Help James O’Connell Insurance win $5,000 for Boys & Girls Club of Greater Billerica by cheering them on with a comment below and sharing their story to social media using the buttons to the left!

We love the Boys and Girls club of Greater Billerica!

Such a wonderful organization!

HGreat example of giving back and helping the next generation to succeed.

I was involved with the Boys and Girls Club for years. I makes a difference for the kids, way to go James!

I support any program that helps youths succeed.

Billerica Boys and Girls Club is an incredible part of Billerica. We won’t post what years I was a member of their swim team.

Thanks for supporting the Boys and Girls Club

Keep up the great work, James. The Boys & Girls Club are an amazing organization!

My grandchildren enjoyed the programs.

We all need to be reaching out for our communities. Thank you for all your good work

We love the B&G Clubs! Wonderful to hear your story!

Great work and best of luck –

It is such a good feeling to see small businesses give back to their communities!

As a small agency myself, I know how powerful they can be! Great work!!!!

Inspiring! You get my vote!! Thank you for all you’re doing!

Thank you for your years of dedication to the Club Jim!