The Murray Group needs your vote by August 31 to win $10,000 for The Leukemia & Lymphoma Society. Read about their amazing dedication to fund cancer research and improve the quality of life of patients and families dealing with cancers like leukemia, lymphoma, Hodgkin’s disease and myeloma. Then vote for them by using the social media share buttons or by leaving a comment when you reach the end of their story. 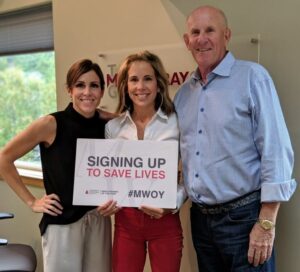 The Murray Group in Albany, New York has been a family-owned agency from the very beginning. President Jim Murray, founder of The Murray Group, currently works alongside his daughters, Vice Presidents Bridget and Lauren Murray, to lead the organization. Their involvement with the Leukemia & Lymphoma Society (LLS) also has roots in their family.

In 2009, Jim Murray’s wife passed away from breast cancer at the age of 58. Ten years later, Jim’s son Ryan Murray passed away from myeloma and plasma cell leukemia at age 40; he had also been a principal and vice president of the agency at the time of his passing. These tragic losses were terribly painful, but also united the family and the agency with the LLS to work together to fight cancer.

“We don’t want other families to experience these losses that we have, and we feel strongly the Leukemia & Lymphoma Society is critical in the fight against cancer.”

“We don’t want other families to experience these losses that we have, and we feel strongly the Leukemia & Lymphoma Society is critical in the fight against cancer,” said Bridget Murray. The agency began working with the nonprofit in October 2018, and since then, The Murray Group has donated over $100,000 to the LLS.

Woman of the Year

Vice President Bridget Murray is a board member of the agency’s local LLS branch, which represents Connecticut, Albany and eastern New York. In 2021, she ran for Woman of the Year, a 10-week fundraising competition that runs from March until June. 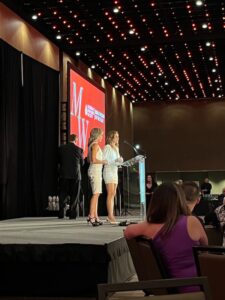 Bridget and Lauren Murray presenting at the Grand Finale of the 2022 Man and Woman of the Year competition.

Normally, the contest would have candidates running multiple events to raise money, but because of the COVID-19 pandemic, the ability to run events was significantly hampered. Still, The Murray Group knew that this perilous time was a time that cancer patients needed help the most.

Hard work paid off, and Bridget Murray won Woman of the Year for their chapter, raising $356,000, the highest amount ever raised by a candidate in that LLS branch. All of these funds went directly toward cancer research. Bridget Murray has since become heavily involved in the Man and Woman of the Year campaign leadership team. Through The Murray Group’s fundraising efforts, nearly $500,000 has been raised for LLS in total.

In addition to funding therapies like these, the LLS continues to develop new initiatives. “We are building a Children’s Initiative because children are being subject to antiquated treatments intended for adults,” said Francesca Pardi, the campaign development director for this LLS branch.

“We are building a Children’s Initiative because children are being subject to antiquated treatments intended for adults.” 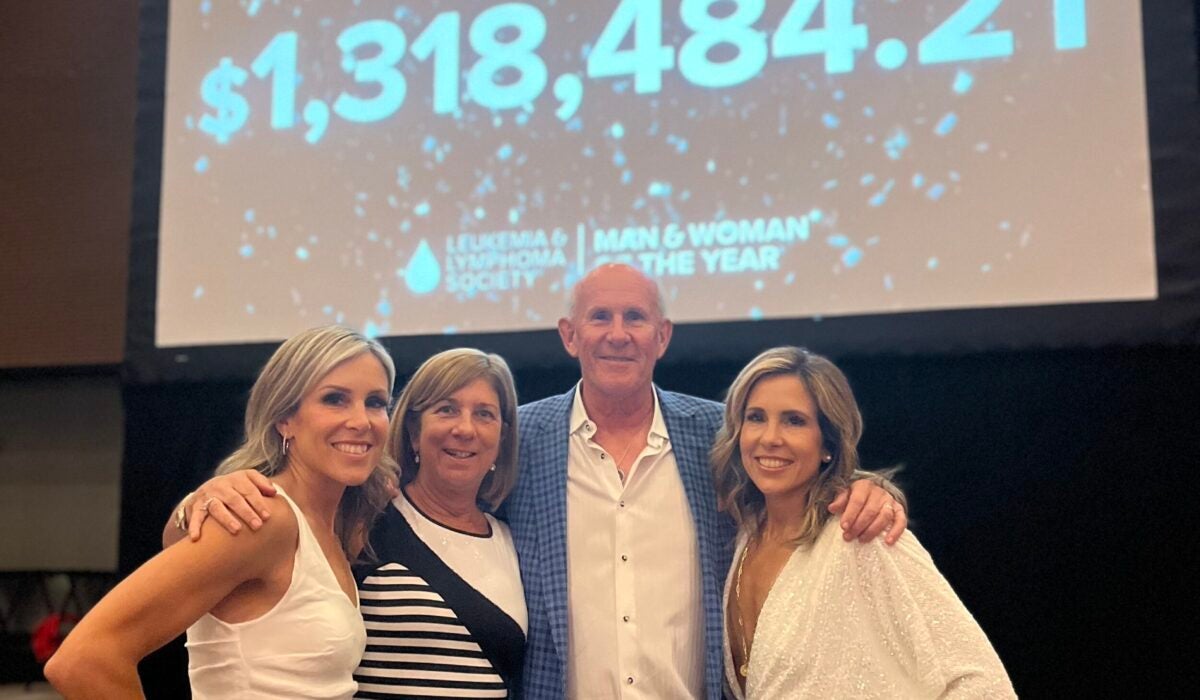 The Murray Group celebrates the accomplishments of candidates of the 2022 Man and Woman of the Year competition, of which Bridget was on the leadership team.

The 2022 Make More Happen Award includes a donation of $5,000 from Liberty Mutual and Safeco on behalf of The Murray Group. This would help to fund the Light the Night Walk, which brings in hundreds of walkers to raise money for cancer patients. This year, it will help to fund the Children’s Initiative in particular.

Help The Murray Group win another $5,000 for the Leukemia & Lymphoma Society by cheering them on with a comment below and sharing their story to social media using the buttons to the left!

Truly inspiring … good luck with all your continued work!

Great support for a wonderful organization. LLS has also provided support to my family through my granddaughter’s leukemia diagnosis and treatment process.

The Murray Group continues to lead by example. Great Job!

Amazing effort by The Murray Group!

So proud of the Murray family and all of the work they are doing for cancer research!

Excellent effort, as a person who lost a father to cancer and having gone through breast cancer with my wife, now healthy, I applaud your efforts! Keep up the good work!!

Love your efforts to help find a cure!

This means so much to me personally. Thank you for all you’re doing.

Congratulations on all that you have accomplished! Amazing work!

Congratulations!
Keep up the wonderful work you are doing!

Keep up the good work!

I’m in awe of your incredible drive to champion this cause and raise an impressive chunk of money! Congrats!!

Amazing work, thanks for all you do!

Worked with the Murray Group for many years. Definitely a great business and family

A truly remarkable agency and effort by the Murray Group!

LLS Thank you for all that you do.
The Murray Group thank you for your personal story, advocacy and efforts to help others battling cancer.

What a wonderful tribute! Thank you all for your excellent work to help others!

Thank you for making a difference! Way to go!

Thank you for supporting this great cause!

Thank you for all that you do for LLS. Your work is making a difference.

Thanks for all you do and being such a great advocate for the families who are dealing with cancer.

Thank you for all you do for LLS.

What a wonderful example of honoring your loved ones with meaningful action!

Amazing. Keep up the good work

Wow! way to give back.
Inspiring story of turning hardship for self into opportunities for others.
Great Job Murray Group!

Keep up the good work!

WOW, amazing work for a great cause!!

What a great effort to make a difference in the lives of others through LLS.

Congratulations on your award and great appreciation for your support in the community.

Amazing work. What a great cause.

Thank you for hellping LLS!

Amazing work, thank you for all you do.

What an amazing story! Thanks for all you do!